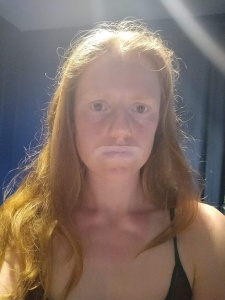 If you look at my 5 stages of rehabilitation, you’ll see that I have in stage 1 ‘master the skill of optimal breathing’. This is an extremely important part of good movement because, as described by Bordoni et al (2016):

‘Diaphragm’s activity is fundamental in the maintenance of posture and body position changes and influences the pain perception, usually decreased during the inspiratory apnoea.’

They also report a link between depression and diaphragm dysfunction, which can be improved with exercise and manual therapy. Pain perception can be altered through better breathing quite simply because the brain gets more oxygen which allows it to function optimally.

The diaphragm itself is a large muscle and attaches itself to the sternum, lower ribs and low back vertebrae. Low back pain can very often be associated with stress, which can lead to poor breathing, which leads to a tightened diaphragm, which restricts movement and prevents the body working optimally.

Whenever there is any reduced movement in the body, it negatively impacts on the whole system and the diaphragm is no exception.

Common causes of diaphragm shortening include (among others):

Optimal breathing also means optimal oxygenation and this can ONLY be achieved through NASAL breathing. A lack of good oxygenation can manifest itself in many ways:

A lot of injuries can impact the diaphragm and it can go unnoticed or unaddressed by your treatment provider. But you can take the power into your own hands right away by following the below instructions and always maintaining optimal breathing, especially after injury.

First, let’s do a quick test.

The ideal number I look for is 20 seconds or longer but 15 seconds and up is good. Were you close? If not, you could benefit plenty from the following breathing practice.

Alternative practices would include taping your mouth, such as when watching TV or

doing light exercise, or using a Somnifix strip while you sleep.

We breathe about 11 million times a year so it’s worth getting this right! Those with conditions like asthma or a childhood spent coughing, even if much improved in those regards, can often be left with shortened breathing patterns. I’ve seen people barely able to breathe out for more than 3 seconds to those able to go the full 20 seconds so it is highly variable. But thankfully like any muscle, it can be improved with training, though it could take some people months of consistent practice to nail it, depending on other factors.

Lois Laynee (where I got many of my facts above) is an expert on the subject if you would like to learn more.